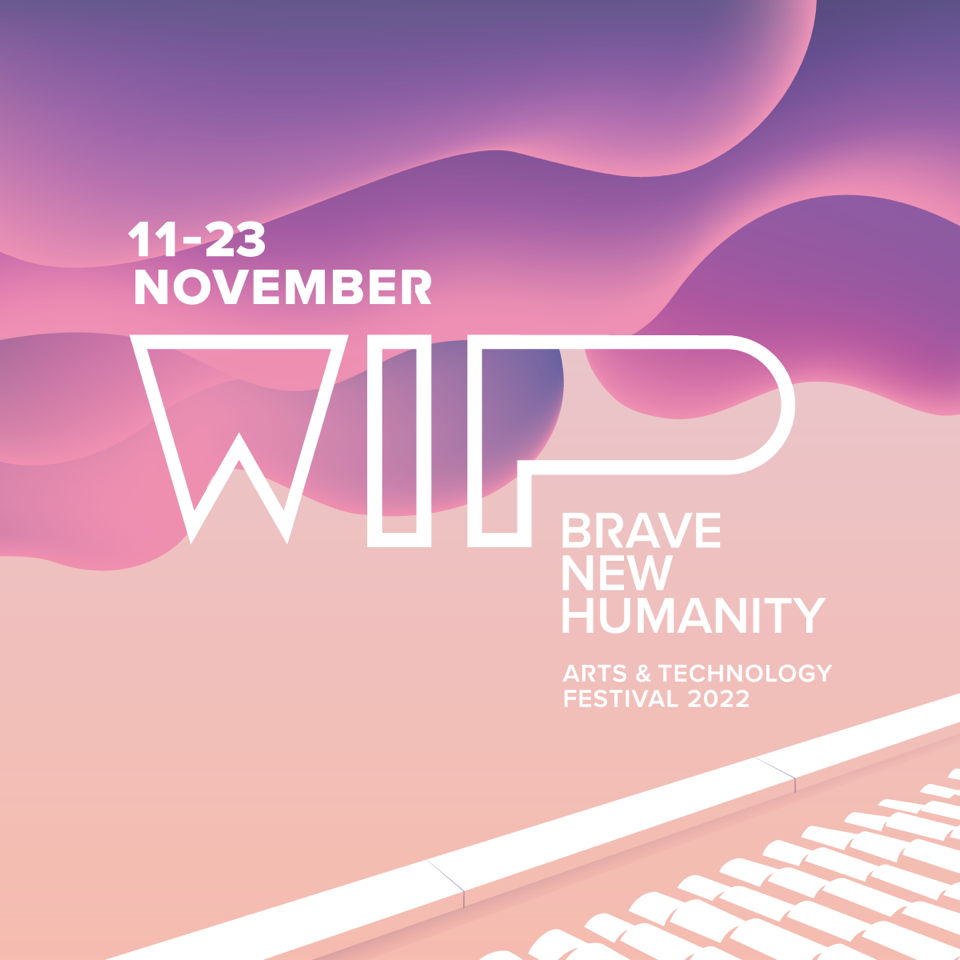 A festival celebrating Art and Technology by CYENS Centre of Excellence

The WIP (Work in Progress) festival is an ever-evolving series of activities and exhibitions focused on arts & technology synergies. Organized by CYENS’ Thinker Maker Space, the ITICA Research Group & the Museum Lab Research Group, together with esteemed collaborators, the festivalis breaking new ground in the east Mediterranean, aiming to become an annual reference point for scientists and creatives experimenting at the intersection of Arts, Science and Technology.

All activities will take place at CYENS’ premises and other venues in the proximity of the center between the 11th of and 23rd of November 2022.

WIP 22 Festival’s full program, details and updates can be found at the festival’s website (https://wip.cyens.org.cy/), the CYENS website, as well as CYENS Thinker Maker Space’s website and social media outlets.

CYENS invites the broader public, as well as special interest groups from the culture, academia and industry sectors to enjoy a plethora of experiences that reveal the potential of interdisciplinary synergies and reinforce the dialogue between general and expert communities from Cyprus and abroad.

* WIP 22 – Brave New Humanity is part of the Repairing the Present, European project which has received funding from the European Commission’s Directorate-General for Communications Networks, Content and Technology under grant agreement LC01641664.

In an era of exponential technological developments creatives, scientists, and innovators are zealously rethinking natural and artificial resources by embracing emerging technologies. The WIP Festival looks at this Brave New Humanity that explores how our sensorial, analogue selves fabricate new civilizations and augmented worlds that are simultaneously close and far from the “natural”, as D. Norman argues in “The Invisible Computer” (1998).

The emerging conceptual clusters – Raw, Mechanos, Transience and Play – include projects that act as critical commentaries, inquiries, and aestheticisms on the shifting environmental and human conditions.

RAW presents projects that reveal unfamiliar relations and reciprocations between natural resources and technology, critically commenting on contemporary tensions, and showing the shifting environmental and human conditions through the looking glass.

MECHANOS brings to the foreground ongoing research projects that utilize cutting-edge tools and processes for creative and technical purposes. The tangible prototypes and emerging applications presented shift the human-serving epicentre of technology to a human-environmental direction, sensitive to the complexities of the natural world.

TRANSIENCE includes projects looking into the post-human condition, narrating – or even actualizing – augmented and imaginary realities through interfaces and virtual spaces.

PLAY invites you to a meta-arcade, exploring the digital revolution’s disruptions as interactive reprojections and gamification.

This year’s featured artworks, talks, and workshops are situated supra-locally, amongst the feverishly changing landscape created by the collision of novel natural and technological environments, fertilizing our immediate future.